Your Association’s Data: It Doesn’t Have to be Boring!

There are a few things I’m passionate about – my kids, data, and football. So, when I came across a visualization that incorporated two of those elements, I was intrigued. Facebook recently released a map that displays fans of NFL teams across the United States. Each county is color-coded based on which official team page has the most “Likes” from people who live in that county. Sure this isn't a scientific study and there’s probably some data anomalies (people accidentally clicking like or clicking like on their rival team, etc.), but overall, from an analysis level, it’s pretty interesting. 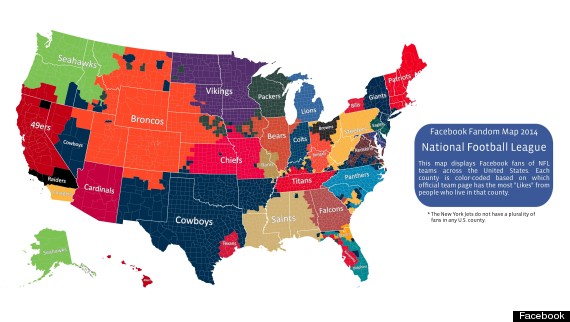 What I like about this map is that it's just fun. To me, data discovery should have a bit of playfulness to it. Sometimes when we look at data to back up our preconceived notion, we miss the story the data is actually telling.

This is also an opportunity to be social. Pull a coworker over and take a look at this map together. I bet in less than 10 seconds one of you can make an interesting observation. Can you do that with your association data?

How this visualization could be improved for further exploration:

How can we draw parallels between this and your association data?

Data analysis should be as easy as the image above and even more interactive for your association. What areas would you like to explore? What will get your staff talking about data instead of just spitting out numbers at staff meetings?  Spending a little time with a fun topic like sports or weather could spur the creativity to look at your association’s data in new ways.